Someone asks you how evolution works, and more specifically how Homo sapiens came about.  You, in turn, put together this multi-media package of basic information on evolution in the way of an introduction to the subject.  Let the conversation begin!

On DNA and the genetic record: Here Sean B. Carroll discusses the basic science underpinning evolution and the field of evolutionary-developmental biology: “... Evolution is not so much a matter of inventing entirely new genes but of using old genes for new purposes.”

The basic mechanisms of evolution are natural selection, genetic drift, mutations and

gene flow cases, included the sea slug that does photosynthesis.  Keep in mind that the

notion of survival of the fittest is not tantamount to physical strength, but should rather

be understood as survival of the best adapted.

If the world came to an end, but some nature survived us, without which key events in

evolution would the new creatures not become as intelligent?  Two super important

evolutionary leaps for mammals were:

Regarding sexual selection [a "special case" of natural selection, as an external factor (a mate) influences one’s reproductive success], here a study that explains "ornamentation" – where usually males look their fanciest (think a male peacock), a phenomenon that puzzled Darwin given how risky the handicap can be.

Where the real debate regarding evolution among scientists is taking place right now surrounds emerging fields such as epigenetics, and whether there are also other factors of evolution.

Add to that, the hypothesis that evolution probably received help from space in the form of radiation: "... a low level of mutation could actually boost the variety upon which natural selection operates, making life more diverse."  Radiation is, in fact one way scientists used to achieve mutation in seeds and then selected desirable phenotypes.

Making sense, using morphology, of the fossil record, what does our family tree leading to a common ancestor actually look like? Check out Bernard Wood's work here, or listen to "The Currant Bush of Life with Bernard Wood."

There were 5 big extinction events in world biology, and we are currently experiencing the 6th – due to one species ruthlessly taking over.  Our era is consequently dubbed the Anthropocene, an age in which humanity is the dominant influence on the planet.

​Because the eye is often brought up by evolution sceptics: Richard Dawkins once presented this on the plausible evolution of the eye.  One of the more basic types of eyes is the Pineal eye sported e.g. by Komodo dragons and even some species of dinosaurs.  Complex eyes have evolved many times over in separate taxa due to the obvious adaptation advantage.

The transition from water to land is investigated e.g. through the Coelacanth and the Tiktaalik roseae, and the genetic evidence as well is telling: "ancient fish actually had the genes capable of producing limbs and digits – but these were not actually expressed until animals made the move onto land."

Specifically with respect to the origins of the genus Homo, there are at least 3 pivotal evolutionary developments:

Other notable evolutionary adaptations that make us human are summed up in this video. Orthognathism, the receding of the mouth (muzzle) relative to the cranium which is correlated with a change in diet in the genus Homo.

Back to natural selection: what were the unique conditions that produced humans, and why do the ancestral origins of Homo sapiens lie in East Africa?  While first studying elephant fossils and lake sediments in East Africa, Paleoanthropologist Rick Potts’ developed the climate variability hypothesis – which explains how the environment drives evolution.  Here an article and here a video.  Two notable quotes:

Add to the amplitude of climate change the geographic variation home to the Great Rift Valley, stretching from Ethiopia down to South Africa (where most hominid fossil finds have been unearthed), and it becomes clear that we are what we are because of our unmatched versatility.  A smart, social, bipedal, omnivore emerged.

If the objective is to make sense of your (natural) world, how much explanatory power do you wish to have?  The theory of evolution has not just revolutionized the field of Biology, also but Psychology, Sociology, even Economics.  For my part I'd say that our very survival depends on the degree to which we have predictive power -- in turn predicated on having been able to identiy salient drivers. 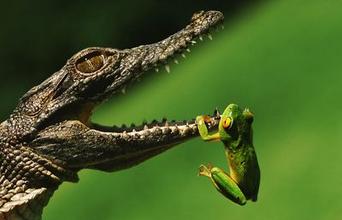